Survey: Nearly One Tenth of Americans Have Considered Cut The Cord. 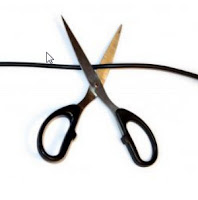 From the Antennas Direct Blog:


According to a study conducted by consulting firm Deloitte, approximately 9 percent of users subscribing to premium television programming such as cable or satellite TV ditched those services in favor of online options during 2011. With more than 2,000 respondents between the ages of 14 to 75 participating in the survey, eleven percent are considering “cutting the cord” during 2012 since they believe their favorite television shows are already available online. Beyond that group, an additional 15 percent want to try out movies and television shows via online digital sources in the upcoming months.

Younger consumers between the ages of 23 to 28 were the most likely to “cut the cord” in 2012 with nearly one-fifth of that age range considering the move. As age increases, Americans are less likely to ditch cable or satellite service. Only seven percent of people between the ages of 46 and 64 are considering the change and just five percent of people beyond 65 years of age are doing the same. However, many respondents value DVR service like TiVo almost as much as premium TV service and 80 percent of respondents have no plans to stop paying for cable or satellite service this year.


In addition to those mostly younger viewers who are just now cutting the cable cord, there is also a group that's not mentioned: Those that never had pay to begin with, that intrepid group that put up an antenna long ago when there were only three networks to watch, and they never saw the value in paying for TV. Now they have 20-60 channels of TV to watch for free. Having never paid for TV they've saved thousands of dollars over their lifetimes. They've probably got more than an extra $100,000 in their retirement accounts than they would have had if the jumped on the cable bandwagon long ago.

You thought Grandma and Grandpa were just old fashioned and cheap. Turns out they are cutting edge hipsters!
Posted by cashfreetv at 10:13 AM